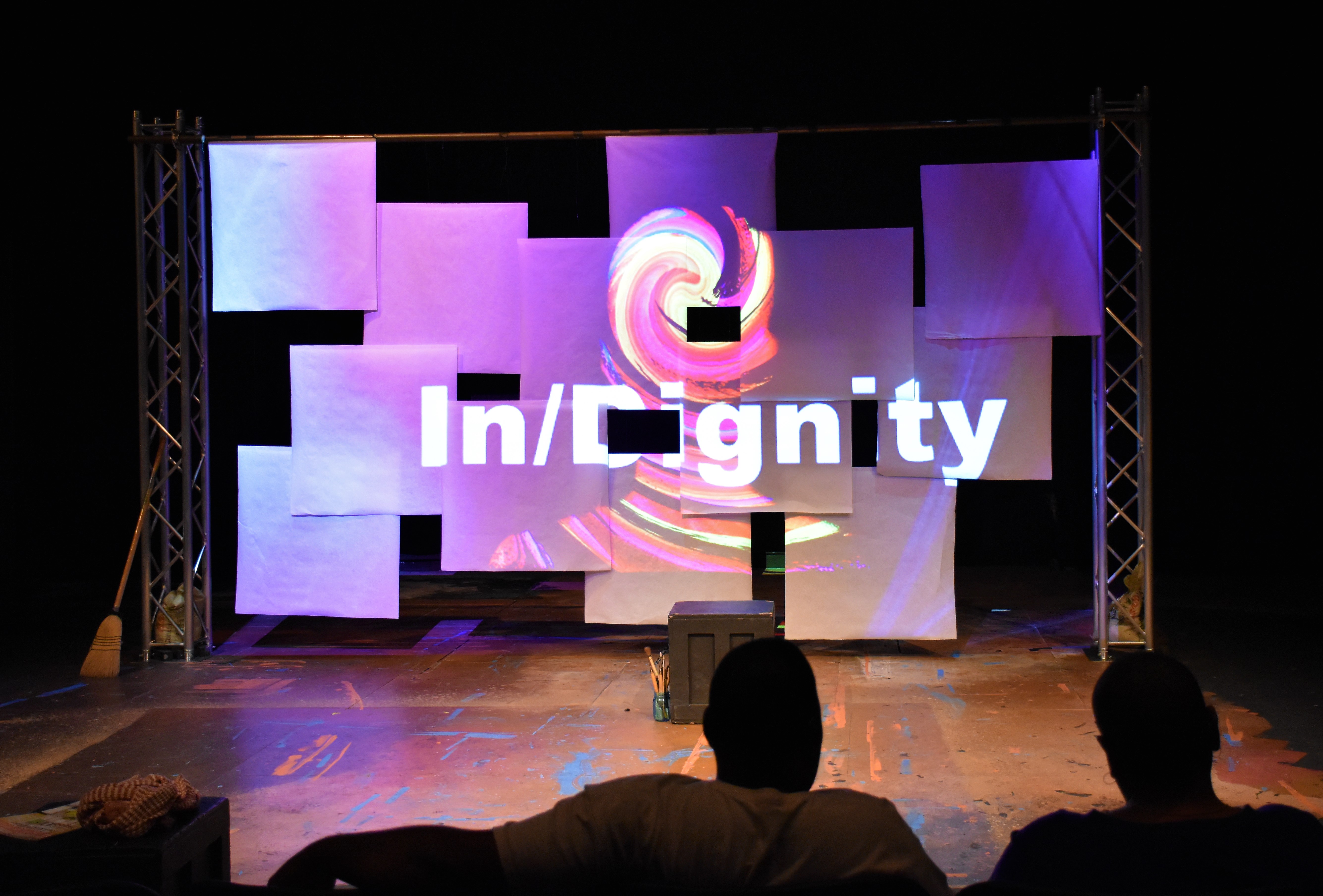 The Social and Behavioral Sciences Anthropology Museum closed off its nearly year-long exhibit on dismantling intolerance, In|Dignity, with a special performance and reception on December 15.

There are also plans to publish the exhibit as a book and be made accessible to high school and college students.

As the publishing process is underway, the purpose of the text would be similar to that of the exhibit; to learn and understand the diversity of the human experience.

[su_quote]”I want to look in the mirror everyday and know I helped someone,” said cast member Michael Matta during the show.[/su_quote]

Some sub-topics on the matter include ableism, racism, cisgenderism, Islamophobia, and many more.

The special production, In|Dignity: The Devised Performance, was a multidisciplinary collaboration with the anthropology, sociology, and theatre arts department to create a live-action interpretation of the participants’ experiences in the exhibit.

Each cast member took on the identities of various individuals without using their names including immigrants, a college student, full-time workers, and many others facing struggles in their life experiences such as marginalization and discrimination based on their immigrant status, the color of their skin, sexual orientation, and other personal traits.

University President Thomas D. Morales, Dean Rafik Mohamed of the College of Social and Behavioral Sciences, members from California Humanities, among other guests were present at the performance and reception.

The performance was directed by CSUSB Theatre Professor Kathryn Ervin and consisted of visual imagery, music, and props with actors playing the identities of various individuals of the I.E. on their human experience.

Overall, the performance was received with overwhelming applause from the audience.

“I really enjoyed reading people’s stories after watching the show because I was still surprised by remembering different phrases of the show and seeing it on the story of a person who I didn’t really expect would say that,” said audience member Ellen Beard.

Guests were impressed with actor performances and reading the real-life experiences of Inland Empire residents at the exhibit.

Some experiences include a woman who experienced racism throughout her life and uses art as a positive outlet. Also, a woman who grew up in a religious household while discovering her sexual orientation, and another woman whose abusive childhood experiences affected her relationships as a woman, and many more.

[su_quote]“I knew the power of the exhibit but I didn’t know how someone would interpret that in a theatrical way and I’m super impressed with what they chose to do with it,” said Dean Rafik Mohamed, ”Just how they incorporated all the different voices into a seamless way and focusing on the issues of identity we all wrestle with but don’t like to talk about.”[/su_quote]

For some of the actors, their performance was more than just telling the residents’ stories.

“It can be very emotional. It draws on your emotions because every story that we did was a true story,” said Elijah McKinzie, one of the performance actors.

McKinzie continued, “It’s different from our usual acting because it’s not just something someone created. I re-read each person’s stories, tried to imagine what their life was like, and pulled as much as I could from the source material.”

The performance followed soon after with a reception at the Anthropology Museum where guests were able to read I.E. residents’ life experiences for the last time before they were taken down along with their artifacts. 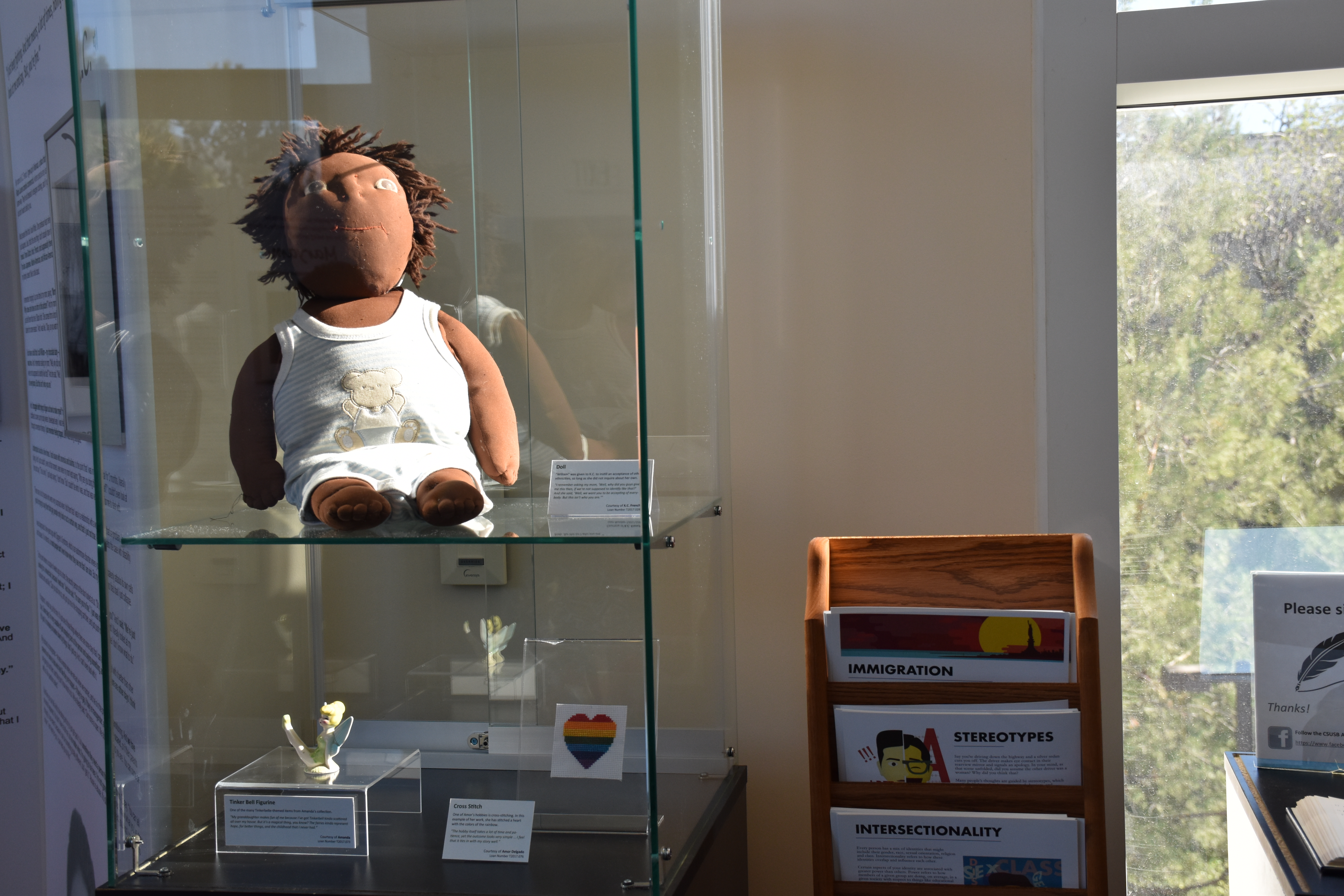 However, this will not be the end of In|Dignity.

After the performance, Arianna Huhn announced that the exhibit will continue as a mobile exhibit and tour around high schools in the area starting the next academic school year in 2019.