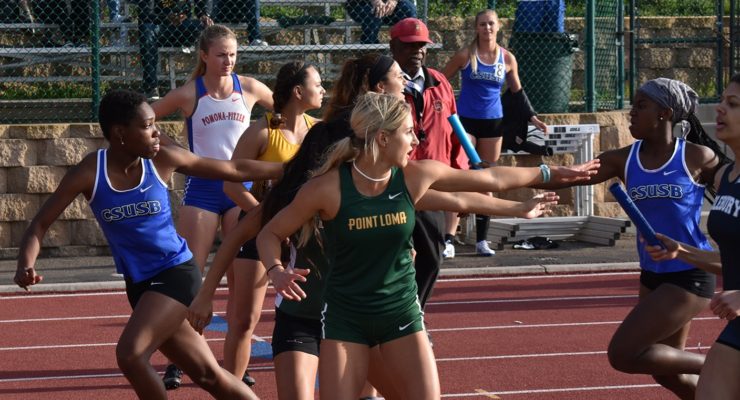 The CSUSB track and field team's season may be winding down, but the Coyotes are heating up as the CCAA Championship nears. Track and field joined the lineup of CSUSB sports in 2015. Cross country head coach Tom Burleson led the team for the first three seasons. This season, assistant coach Lauren Reimer was named the new head coach. Burleson remains the cross country coach but now also has the title of track and field assistant coach. For their first meet of the season, the Coyotes traveled to Claremont for the Rossi Relays on the campuses of the Claremont Mckenna, Harvey Mudd, and Scripps colleges. Casie Johnson, who also played for the CSUSB women's basketball team during the … END_OF_DOCUMENT_TOKEN_TO_BE_REPLACED 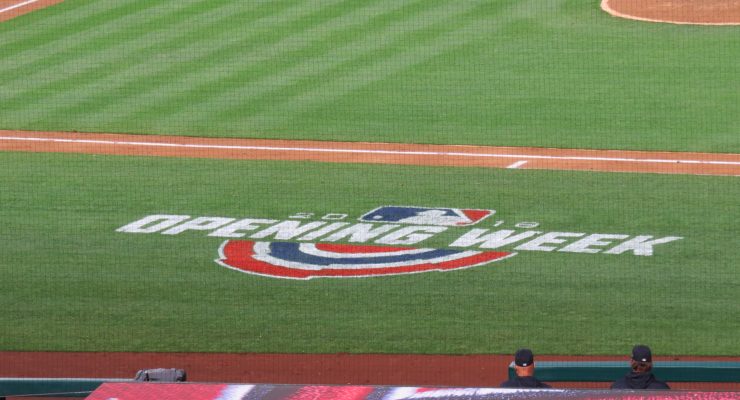 The 2018 MLB season may have started on March 29, the earliest Opening Day in MLB history, but nearly two weeks later, some of the teams were still hosting their own home openers. Of the 30 teams, 13 started at home on March 29, while two other home teams were delayed a day due to inclement weather. The other teams who started the season away from their home fields had their home openers spread throughout the first two weeks of April, with the last home opener going to the Cubs on April 9. Each team had new ways to celebrate the 2018 season, with the most popular being changes or additions to their in-stadium food selection. Other teams also upgraded their scoreboards in one way or … END_OF_DOCUMENT_TOKEN_TO_BE_REPLACED

The 2017-2018 Coyote women's basketball season ended on Feb. 24, as the team fell to the Cal Poly Pomona Broncos 62-55. Last season, the team boasted a 15-10 record, taking the team to the CCAA playoffs. In the first round, they fell to Pomona 54-49, eliminating them. The team started off this season playing two games in Monmouth, Oregon. They won the first game on Nov. 11 against Saint Martin's 69-44 but fell to Western Oregon the next day. They began conference play on the road against Stanislaus on Nov. 15, winning 72-60. Cal Baptist came to Coussoulis Arena for the Coyotes' first home game. CSUSB walked away as the winner, 58-50. Their biggest win came on Jan. 26 … END_OF_DOCUMENT_TOKEN_TO_BE_REPLACED

The men's basketball regular season ended with a .500 record, with 13 wins and 13 losses overall and 11-11 in conference play. The record placed them in seventh place, earning them a spot in the CCAA playoffs. This season was a rebuild year for the team, as several new players joined the team, so making the playoffs was an impressive feat. On Feb. 27, they played the No. 2 seed, the Chico State Wildcats, in round one of the playoffs. The Coyotes traveled up north to Chico as the higher ranked seeds, like the Wildcats, hosted the round one games. The Coyotes took an early 7-2 lead in the first five minutes, however, Chico took it back and then some, scoring 13 straight. CSUSB … END_OF_DOCUMENT_TOKEN_TO_BE_REPLACED 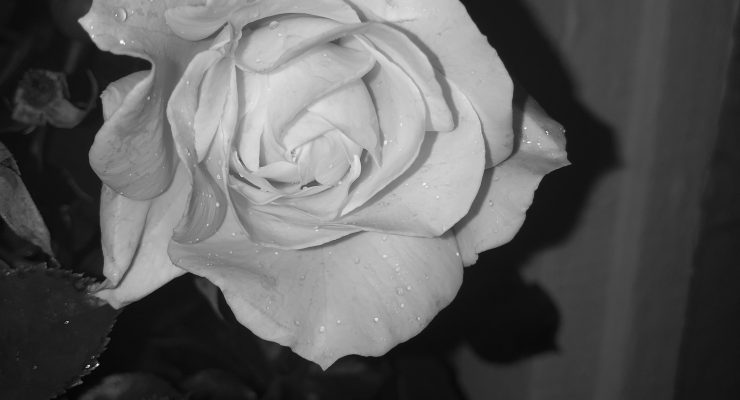 The 60th Annual Grammy Awards ceremony not only celebrated musicians of all genres but also acted as the perfect platform to bring awareness to different causes such as DREAMers and women's rights and suicide prevention. All of these issues are important, but sometimes they do not get the exposure needed to make a difference because the people spreading the message do not have enough reach. However, when those with influence, such as the artists at the Grammy Awards, use their voices on a televised platform, more people hear and see the pain, providing awareness and the start of a conversation for change. Supporters of the #MeToo and #TimesUp campaigns used the Grammy stage and red … END_OF_DOCUMENT_TOKEN_TO_BE_REPLACED 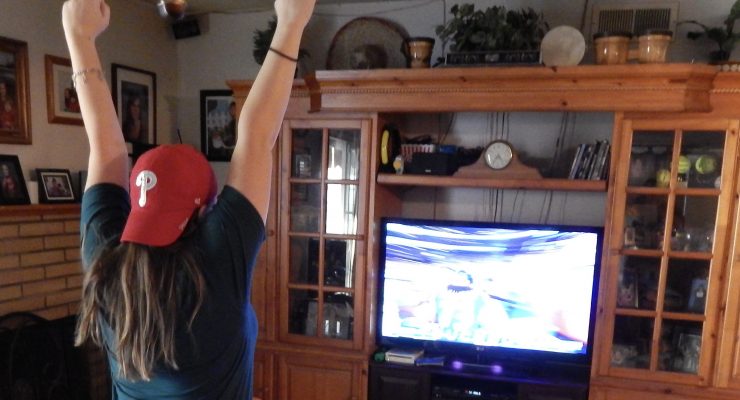 For the second year in a row, quarterback Tom Brady and the New England Patriots played in the Super Bowl. For the first time in 13 years, the Philadelphia Eagles were back in the Big Game. In 2017, the Patriots took on the Atlanta Falcons, winning the game after a huge fourth-quarter comeback pushed the game to overtime. The Eagles have not been in the Super Bowl since 2005, when they lost to the Patriots. Before that, they had only made one other Super Bowl appearance in 1986, when they lost to the Oakland Raiders. The members of the Chavez house chose to root for Philadelphia, with my personal choice stemming from my love of the Philadelphia Phillies. Before the game even … END_OF_DOCUMENT_TOKEN_TO_BE_REPLACED 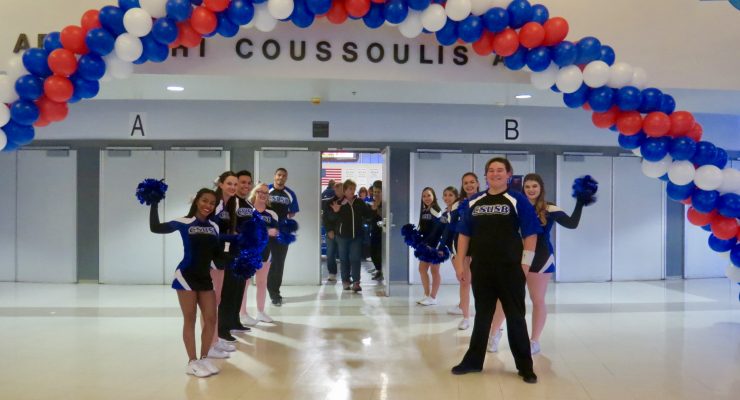 CSUSB athletics gave thanks to military members on Military Appreciation night as the Coyote basketball teams took on the Toros of Cal State Dominguez Hills. … END_OF_DOCUMENT_TOKEN_TO_BE_REPLACED 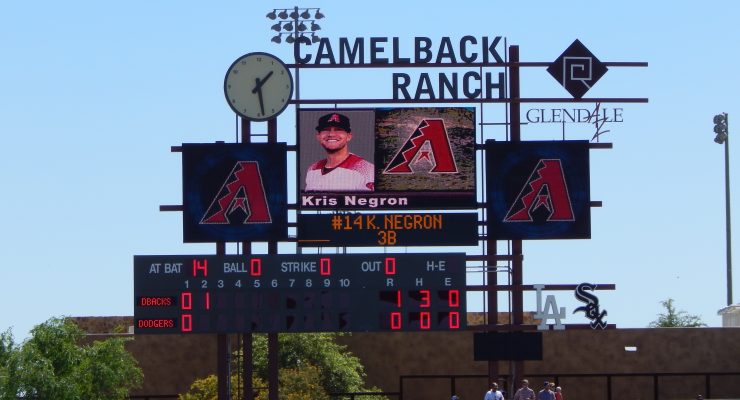 Baseball fans and college students have at least one thing in common: going on vacation for spring break. College students often go to beaches in Mexico, Florida and other exotic places to enjoy their week off at the end of March. These places are warm, sunny and known for being extra fun. Baseball fans, on the other hand, usually go to Arizona or Florida too, although for different reasons. Fans of west coast and some central teams, such as the Los Angeles Dodgers and Cleveland Indians, go to Arizona. Fans of the other central teams and those on the east coast, like the Philadelphia Phillies and the Houston Astros, head down to Florida. Those in Southern California generally go … END_OF_DOCUMENT_TOKEN_TO_BE_REPLACED 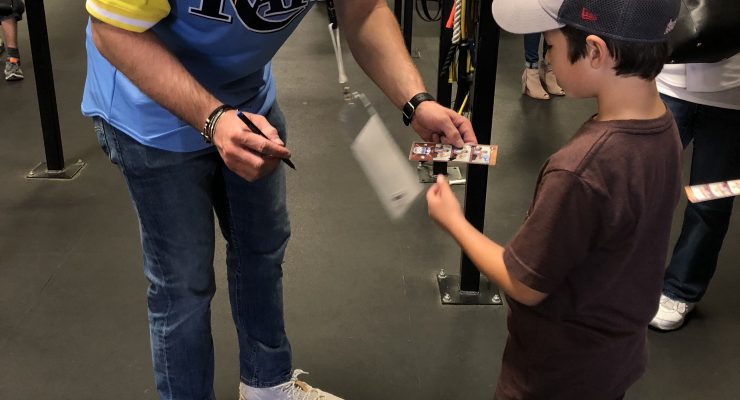 Players from multiple organizations signed autographs at the DRFF's Second Mini Fan Fest. Cancer is scary and difficult for everyone it affects, but being unprepared can make it even more traumatizing. Because of this, professional baseball player Daniel Robertson and his family started the Daniel Robertson Family Foundation (DRFF). The DRFF was established in 2016 after Robertson's father, Don, was diagnosed with and passed from cancer. Don was prepared, having saved for the possibility of being unable to work, but the Robertson's knew that not everyone could say the same. The DRFF raises money to help families who were not able to plan ahead. Some of the most common ways … END_OF_DOCUMENT_TOKEN_TO_BE_REPLACED