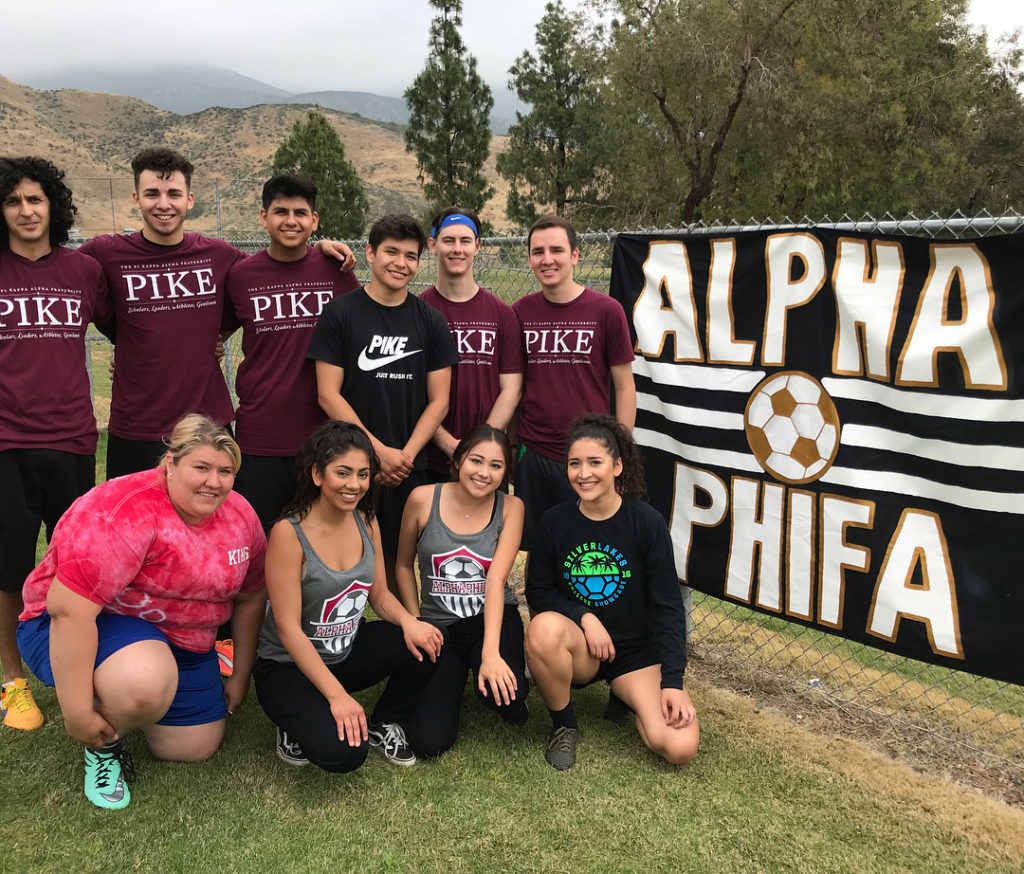 The ladies of Alpha Phi hosted their first annual Alpha Phifa Tournament, Saturday, May 20 at the lower recreational field on campus.

Alpha Phifa is a soccer tournament to raise money for the Alpha Phi Foundation, which supports Women’s Heart Health.

CSUSB students, family, and friends were welcomed to participate. Those who participated created their own team of 7-10 players. Each player registered at the Alpha Phi table outside of the San Manuel Student Union for $10.

Throughout the week of Tuesday, May 15 through Thursday, May 18 Alpha Phi was tabling outside of the SMSU to spread awareness and help teams register.  8 teams registered to play and roughly about 80 people in total.

Each team was guaranteed two games. After that, there were eliminations based on the games each team had won throughout the tournament.

VP of Community Relations Georgia Santiago wanted to bring the soccer tournament to CSUSB when she heard that Alpha Phi chapters at other universities had great success with the event.

This being Santiago’s first year hosting the Alpha Phifa tournament, she encountered some struggles in coordinating and developing the event due to the fact she did not have a prior event to give her an idea of how to begin.

Santiago said, “The guidance and ideas from my sisters helped me move forward and plan this event successfully, in hopes we can continue this event annually.”

Alpha Phi’s goal was to raise at least $500 and hopes to increase this goal every year.

The Alpha Phifa tournament was held from 10 a.m. morning to 3 p.m. afternoon. 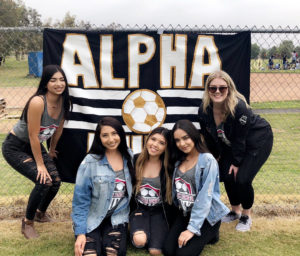 Although some people did not want to play in the tournament, there were various activities and food booths available for people to support and cheer on their favorite team.

Many of the families of the participants were supporting the cause and the team players all day, the cheering kept the excitement present all day.

The community was enjoying all the food sold from: hotdogs, snacks, drinks, etc.

This event was a way to meet new people and spread awareness about women’s heart health.

Eduardo Limon said, “The event was super fun. I would definitely participate next year. The best part would be meeting different people and having everyone cheer us on.”

The morning rain and hot afternoon weather did not stop the teams from giving it their all in playing. The teams that made it to the final game were Los Spicitos and Sigma Nu Golden Knights.

The teams were able to pick their own names, which made it more fun and apart of the soccer experience.

Sigma Nu Golden Knights won the final game 3-1. They received the first ever Alpha Phi Trophy along with other Alpha Phi merchandise.