Alfredo Cruz, one of two Co-managers of Coyote Radio and Advertising, explains the importance of local bands and the Coyote Radio.

Cruz has been in management for 10 years with audio production and on-air hosting. Due to studying broadcasting at the University of Texas in Austin he was able to gain some insight into the radio and audio industry. He believes that all of this experience has prepared him for Coyote Radio since radio production has been something he has grown to do and love.

Cruz has had experience with radio stations. He serves as the general manager of NPR and PBS an affiliate of KVCR on channel 24 and 91.9 FM. Additionally, he was president and CEO at a jazz station in Denver, Colorado known as KUVO. Eventually, he worked as a station manager in San Antonio at Texas Trinity University known as KRTU FM.

As a child who was fascinated with radio, Cruz was always curious about how it worked. By dedicating a large portion of his life to the industry he was able to finally learn that “it was a calling, a lifelong passion.” Cruz believes if one is happy and loves what they do, they will be a better person.

Q: How did the station come up with the idea of including local bands?

A: Well that was a concept that was identified way before I got here. But from my understanding and my conversations with the folks who were here before, they were trying to come up with a programming format that was unique. What are we going to do with this station? Are you going to do pop music? Are you going to do news and information or regional music? Latin music? All of the formats are basically done by other people. Other stations have perfected their formats and you know it’s going to be hard to compete or make a name replicating another format. So, Lacey Kendall who is responsible for establishing Coyote Radio over the last 15 years and build it up, along with a couple of other folks, decided to say ‘Why don’t we just do local music? There’s a lot of great musicians here in the Inland Empire, and not many stations focus on local music’.

Q: Do local bands ever try to contact Coyote Radio to be on the air?

Q: Why is it important to start locally, whether that is from a band perspective or a radio stations perspective?

A: I don’t know that you have any other options. If you’re starting something up, you start garage bands in your garage with your friends. You start radio stations at the ground level in communities whether that’s a low power frequency station or a pirate station or a fully licensed station. They’re all licensed to communities. That’s what radio has to contribute, the connection to the local community. You can be a national station and program national stuff, but your support and your lively hood is going to come from your community. That’s very similar to the way bands operate, you start playing around, people get to know you, the word gets out, you get more gigs. The incubation is always happening at the local level.

Q: What are some of the important roles here at Coyote Radio?

A: Coyote Radio is a learning laboratory for students here at Cal State and so we try to run this unit like a professional radio station. With that said, at a station you always have certain fields, and departments. You have promotions, you have the music department, you have production, you have social media and you have on-air teams. Those are the core of any radio station and we try to replicate it and run this just like a station. Students come in and work on the different teams. We have managers for each one of the units who help train the students and keep the station running on a day to day basis. 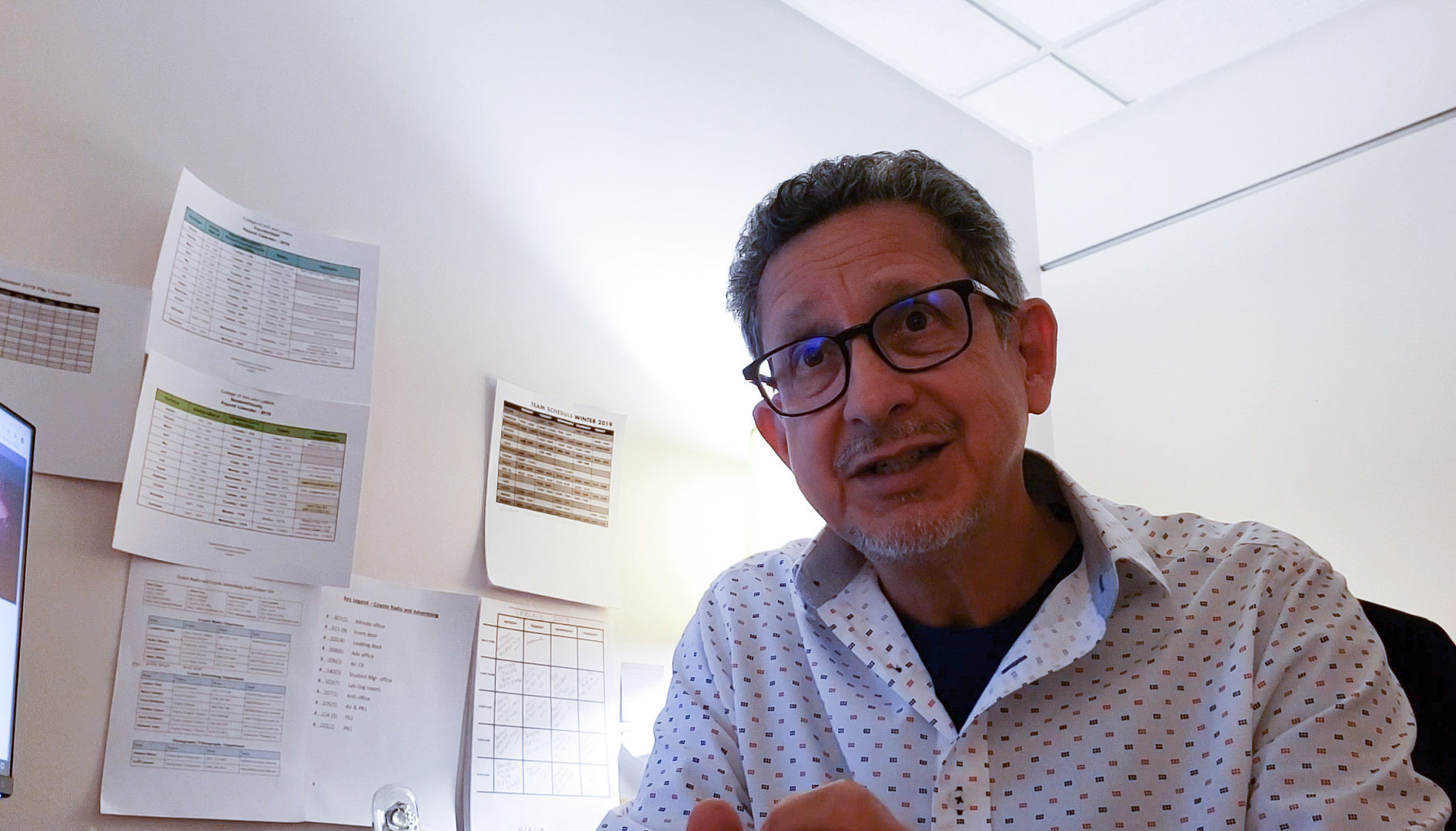 A: Yes, I think so. I would hope so. We’re always looking to grow our audience to raise the profile of the station so that more people are listening and more people are exposed to what we do. Hopefully, that connects to raising the awareness of the individual bands as well.

Q: Do you believe by having these local bands on the station, it allows the station to gain exposure?