The 34th annual AIDS Walk Los Angeles was held with the participation of approximate over a thousand people, on Sunday, October 21st.

The 10 a.m. walk lasted around two and a half hours, beginning and ending at the steps Los Angeles City Hall in Grand Park.

AIDS Walk Los Angeles aims to bring awareness and fundraiser money which will go towards APLA and more than 20 other HIV service organizations.

Participants from many ages united their words to bring on a message of solidarity for those with HIV and AIDS. 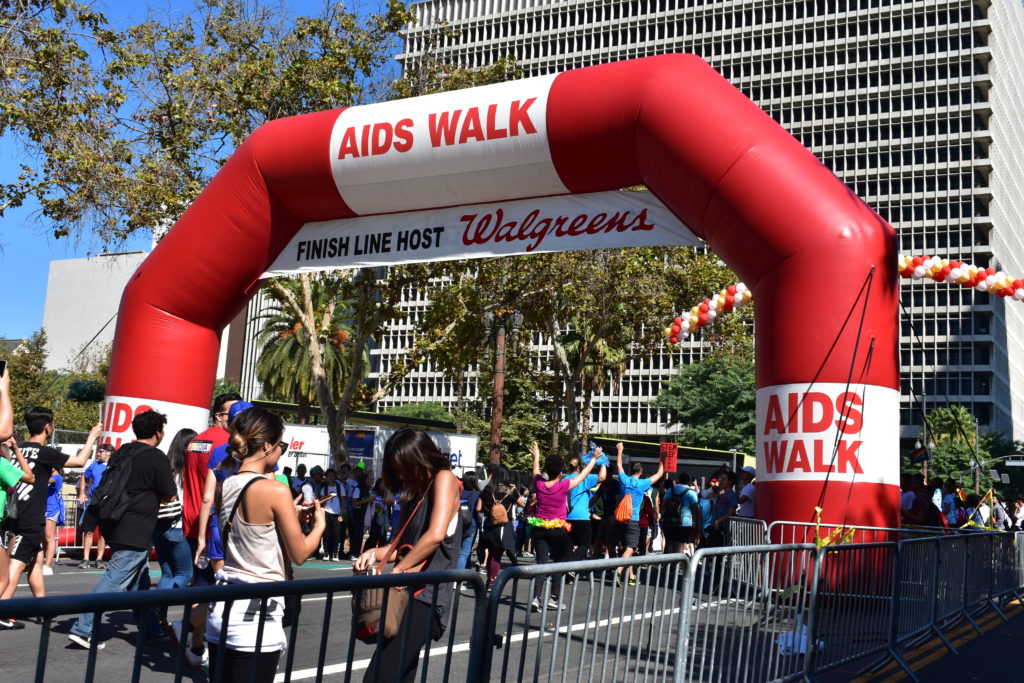 Walkers were able to enjoy breakfast donated by Trader Joe´s, and warm up to a choreography presented before the Opening Ceremony.

“What this song is really about is trying, period, and that is what we are all here today to do, is to try, period, because you can’t succeed at anything without trying first,” said Strokes Mitchell.

The Opening Ceremony was hosted by On The Red Carpet correspondent Karl Schmid whom early this year revealed to be HIV positive for more than 10 years.

“Thanks to you guys, you help people like me,” said Schmid, “and while I’m lucky, I have a fantastic job, and I have insurance I’m able to afford the life-saving medicine, there are some people in Southern California they just need a little bit of extra help.”

“People like myself and other HIV positive people who are undetectable present zero risk, so by all of you being here today, by you raising money, by you supporting APLA and other charities whom over the last 34 years has raised just about 400 million dollars, you are not only helping people like me but you are helping countless of thousands of others that need extra help, so thank you” Schmid added.

During the walk, participants were constantly cheered on by the hundreds of volunteers and L.A residents. 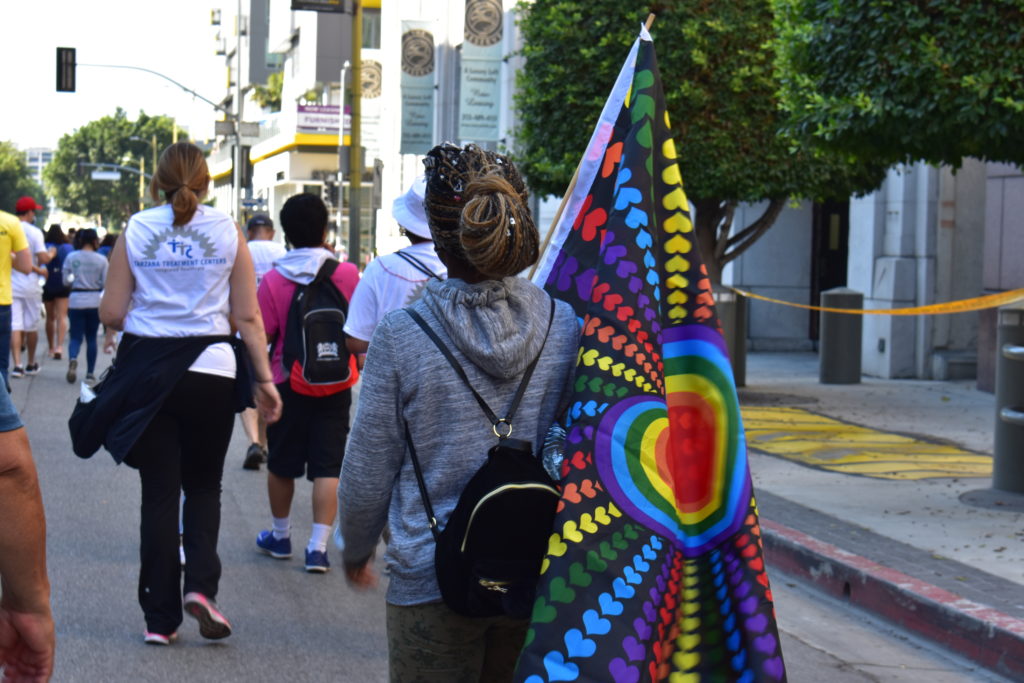 The walk closed down the streets of Downtown Los Angeles, many blocks from 1st to 12th street intersecting with Olive and Main St.

With three checking points and resting areas, participants were able to enjoy all kinds of donated goods like water, fruit, and frozen treats.

Celebrities such as Disney Channel actor Garrett Clayton, The Middle actor Brock Ciarlelli and Emmy winner Jean Smart were some of many to come in and support such cause.

“Every single one of you today is here because you are supporting APLA Health and the great work that they do,” said Smart, “I have to say, AIDS has been in the news for a very long time and we don’t want people to get complacent.”

“We need to keep waving the banner and keep it in the news because there are so many other issues that people are facing who are battling life with AIDS.” Smart added.

After the walk, participants were able to enjoy refreshers, games and the performances of Australian singer Betty Who, and RuPaul’s Drag Race judge and choreographer, Todrick Hall.

ABC7, Paramount Studios and Delta Airlines were among the many sponsors supporting the event.

The fundraiser will continue open until November 16th.