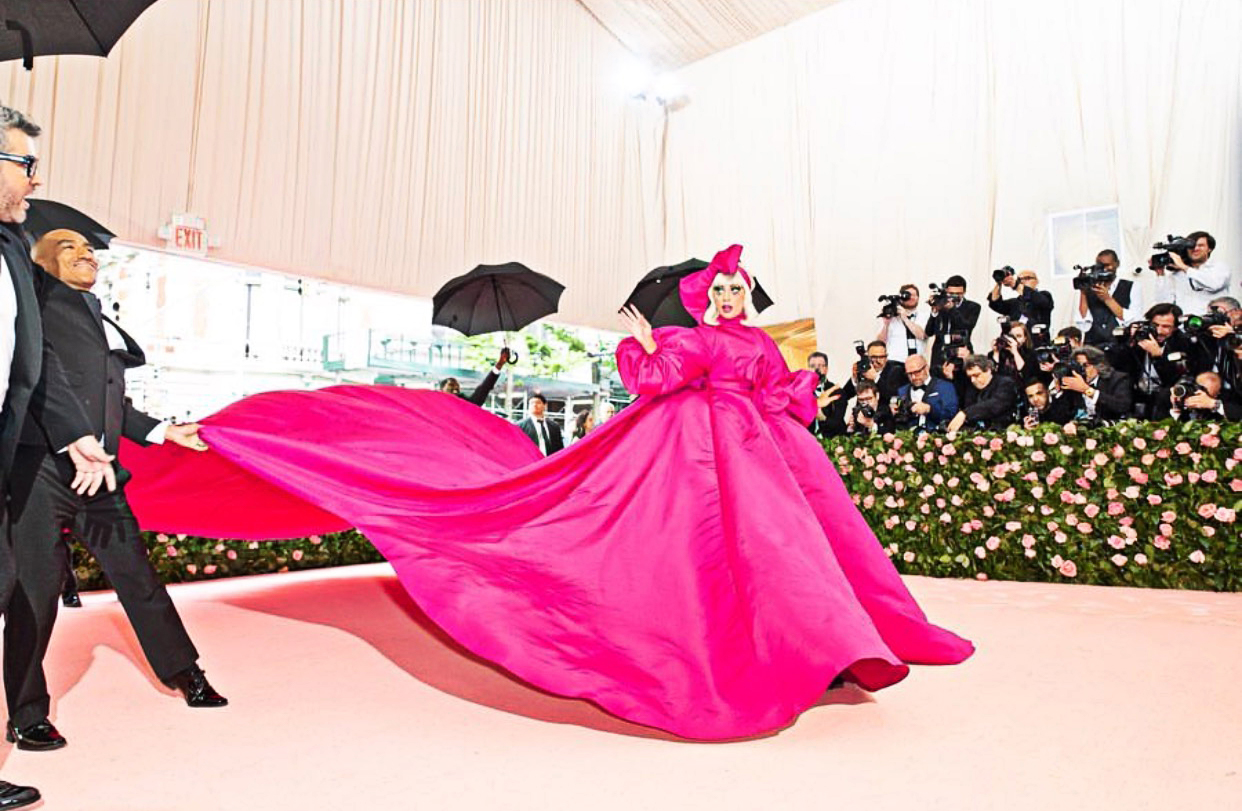 The Met Gala is fashion’s biggest night. The first Monday of May is the one night celebrities come out in their most extravagant garments and attend the gala’s charity event.

The event is hosted by editor in chief of Vogue and creative director of Conde Nast, Anna Wintour, and this year co-chairs were Lady Gaga, Harry Styles, Serena Williams, and Gucci’s creative director, Alessandro Michele.

The theme was based on Susan Sontag’s 1964 essay where she explains what Camp is. To try to define Camp in one way is impossible. The camp is all about extravaganza, gaudiness, over the top garments, fashion so outlandish and outdated that it becomes laughable. Think drag queens, think Gaga’s 2010 meat dress, think Barbie or even the Batman series of the ’60s. Exaggerated exaggeration is welcome.

With that being said, this year’s theme left a lot to be excited for. Celebrities could really go out of the box and be over the top without being judged. This year was really the year to show out.

The event stirred conversation all over social media. Stars got praised for nailing the theme right on the head, while others got dragged f

Supermodel Karlie Kloss simply did not dress up for the theme. Kloss wore a gold minidress by designer Dapper Dan. The dress left so much to be desired. On a night to wear your best, this look looked like it could’ve been worn to an average dinner.

Another disappointment was actors Rami Malek and Taron Egerton. Both actors wore suits that were painfully boring to look at. What makes this even more disappointing is that Malek played Freddy Mercury in the biopic Bohemian Rhapsody and Egerton is playing Elton John in the biopic, Rocketman. Freddy Mercury and Elton John are two of the campiest male performers to ever grace Hollywood? It looks like the actors learned nothing from playing fashion icons.

Even though there were some fashion fails, there were even more spectacular triumphs.

Country superstar, Kacey Musgraves, showed all the way out dressing up as Moschino’s real-life Barbie. Kacey embodied Barbie all the way and even pulled up to the event in a pink convertible.

You can’t talk about the Met without mentioning Billy Porter. The actor stunned in an Egyptian God ensemble by The Blonds. Porter really committed to the look and showed everyone what Camp really looks like in bejeweled catsuit paired with gold wings. And it’s hard to forget he arrived on a litter carried by 6 shirtless men.

Now the title for best dressed of the night goes to the Queen of Camp, Lady Gaga. Gaga has embodied Camp throughout the year since the beginning of the career. The pressure was definitely on as everyone anticipated what the fashion icon would wear. It is safe to say she did not disappoint.

Gaga opened up the pink carpet this year with not one, but four outfit changes in a matter of 15 minutes. Gaga amped up the theatrics and put on a performance in front of all the photographers and revealed every custom Brandon Maxwell outfit change she had in store. Nothing like this has ever been seen on the Met carpet and this moment will definitely go down in fashion history.

Fashion lovers everywhere wait for the Met Gala to see new and exciting looks. With another Met over, we are already counting the days until the first Monday of May comes back around.  With a few misses and a ton of hits, this year’s Met brought Camp to the mainstream and did not disappoint.